The End of the World, oh and Story in Games

Sometimes, you can’t help but laugh. For the past few years all we’ve heard is about December 21st being the end of the world that we need to make our peace now, and so forth. Hell, even the History channel spent every year for the past five years, at least, running apocalyptic doom crap constantly to the point that I am sure most people had the shows memorized. This is what happens when you let a bunch of nutters take an ancient calendar and try to reinterpret it for the modern era. I could only imagine the panic if it was the Julian calendar found that way instead, every year someone would be going the world ends on this date because the Julian calendar said so.

Anyways, enough of me ribbing people who bought into that, let’s talk about something else. I’ve lightly touched on this before but I think I want to actually drive a nail through the forehead for people on this one. This is my thoughts on story for gaming.

Now, before I get into the meaty grind of it all, let me state, I love a good story. Who doesn’t? Well, never mind that, we already know there is some nutter out in the wings about ready to raise his hand and say he hates story. But what really burns me up lately about developers using story is the fact they make the rest of their game suffer for it. It’s almost as if the developers are afraid people might want to play the game and try other things to for a little bit besides stick to the main story. This is starting to get more prevalent in MMOs, but has been happening for a long time in single player titles these days. It is especially, and hilariously insulting to hear it from RPG designers.

Take Final Fantasy 13. I’ve been sitting back watching videos of walkthroughs of course; the first thing that strikes me of the game play is how pathetic it is. A linear corridor and a combat system so simplified it’s only one shot above that flash game that is one button to win type thing. Now I raised an eyebrow at this because normally, Final Fantasy has been about exploring and wandering around, even the fact that I hate 7 and 8 they had these basic elements at least. But to see how far my one time favorite series fell just makes me cringe. That doesn’t even get into how stupid easy the combat system is, basically playing the game with one button now.

To me, story should enhance the game, not completely drive every aspect of it, especially in an RPG. It’s great to tell a story, but don’t sit there and completely ramrod your players into one thing and be afraid to let them explore this beautiful world you’ve created. Players notice the small details as much if not more so than the big overt ones.

And this problem is starting to get more pervasive in the MMO world to. We haven’t hit the point where everywhere is an exact corridor but it’s getting dangerously close. New zones are being locked off until you meet either level or story prerequisites, and you can’t go outside the slowly tightening rails unless the story wants you to. Hell the dungeons are already corridors, in most modern MMOs with you being guided exactly to each boss. At the current rate of design, we are one generation away from a high profile MMO being a corridor game, like Final Fantasy XIII, removing all semblance of control, choice or the ability to explore.

Hell, most of the achievements now have been getting built with the idea in mind of not impossible to get, but the intent people don’t move from a single spot for hours or days at a time killing the exact same critter over and over again. And ludicrous kill numbers at that. It was an achievement to kill 100 of a similar critter, but these days those numbers have been inflated to the thousands range. It is not uncommon for a game to have a kill achievement around the 5,000 mark anymore, which is bizarre in itself since the enemies in most of these games don’t come flooding out of a gate like that.

Again I like a good story for my game, and I highly encourage developers to create a good story, or several stories, but don't make the story the only focus of what you are doing. MMOs, especially, are about vast, open worlds for players to explore, to see, and be apart of. The living, breathing experience for them. It shouldn't be some exercise in how well trained you are to follow a corridor and mash one button. And the complexity of the fights is something that should be paid attention to as well. So, please, keep this is mind when you are developing your next game.

{Edit}
Small Edit. I still want to thank Kaiserin for the wonderful new art piece. I wasn't expecting it, but she created it for me for Christmas, so thanks again to Kaiserin. 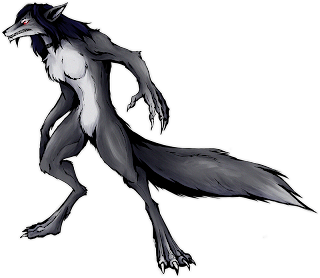 She mostly works on pony stuff that she sells here, but you might be able to ask for a commission. Who knows. I know she is also the 2D artist on the fan made MLP:FiM MMO game to. So check her out.

Email ThisBlogThis!Share to TwitterShare to FacebookShare to Pinterest
Labels: Gaming, MMOs, Story in Games, The End of the World