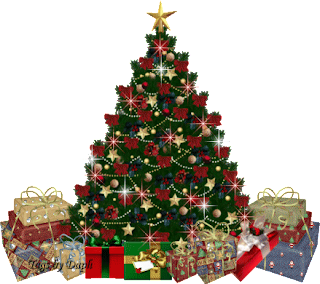 Happy Holidays to everyone, and for this blog, tonight, I am going to discuss three small things. None of them relates to one another but I think all are interesting topics to discuss and since they, on their own, would more or less produce a very short blog each I decided to mash them up together with no real rhyme or reason to doing so other than saying, here you go. I am just bizarre like that.

The first thing I wish to discuss that I, and I am sure a lot of MMO gamers also feel, is the archaic tagging system. Now, if you are not familiar with tagging, tagging is a term used to describe someone who attacks a monster first. In some uses you may hear terms such as tapping (like this was Magic: The Gathering or something) aggroing first etc., etc., etc.; this list goes on. But basically what they describe is a system where whoever attacks the critter first basically gets all the credit and glory and everyone else can just go sit in a corner.

Now, I am sure I am not alone in my feelings on this system, but to put it bluntly for the masses, this system needs to be killed off completely. It was novel in WoW when they first introduced it, but guess what, it was still a square peg in a round hole issue. Instead of solving the problem it was meant to go after (namely whiney people complaining about “ninja’s” as if anything in the game belonged to them) it instead exacerbated the problem by just giving a new level of power to ninja’s and griefers.

Let me try to be brief about the history of why Blizzard invented this system. Now, contrary to popular belief, MMOs existed before WoW, and in fact were mildly popular until WoW just exploded on the scene. However, the biggest complaint was always people ninja looting their loot from corpses, since older MMOs tended to use first come first serve rules. UO tried a system of splitting loot based on kill credit, and I think that would work better. This tagging system basically turned every games these days into griefer paradises and just kills community as people become stingy, hateful and mistrusting one another. Tagging needs to go and they need to find a better system.

Next on my list would be the infamous, infamous binding system. This is yet another square peg in a round hole decision brought to us by Blizzard in WoW. Originally it was called soul binding to give WoW a more immersive feel, but that was kicked in the head by the first expansion as like the entire company itself, WoW has basically been sterilized to the point the games immersive value is negligible.

Binding, for those who don’t know, is when you either equip and item and it becomes locked to your character and you can no longer trade the item, or what is becoming way more common, if you just loot an item it becomes locked to your character. In other words this is a type of system where if you believe in community, trading and such, you either have to be extra careful out of the gate with items or, more realistically, you might as well forget the community aspect all together. Binding is the quintessential square peg in the round hole solution to a problem that didn’t really need an answer, because the problem wasn’t anything but a matter of ego to the people it actually bothered.

Let me try to explain. Binding is actually a several part solution to a problem, again, that didn’t need to be answered. Binding, in a nutshell, attempts to fix the problem of loot sellers (which didn’t they became gold sellers later instead), dungeon hunters who thought it was stupid that people could spend their money to get loot that they think should only be reserved for the best of the best and thus promoted elitist egotism, and try to appease a certain crowd of PvPers who thought if they could keep these items out of PvP they would have easier victims to hunt. Of course, binding was also to appease a very minor group who thought that losing items on death was stupid, but since WoW came about there was no item loss on death so that made that aspect of binding entirely pointless.

Binding is a system that needs to go it is one of the walls erected, that wasn’t needed, that hurts community in the long run. The ability for people to go out adventuring, finding loot and later being able to trade or sell it helps, but when you can’t you end up killing a huge part of the community and you don’t solve a problem as much as just shift its position. You can easily level lock items if you don’t want people using things, it’s not like most of these games don’t use level locking anyways, so why the complicated, unnecessary and bullshit system of binding on top of it? In short, stop doing it developers.

And now finally, let me completely derail myself and talk about something way different from the above two items; Seasonal Events. People love seasonal events in MMOs, to a point. Here’s the problem with some of them in the modern MMO however; they aren’t matching the season they are supposed to be for. Now, don’t get me wrong, I love seasonal stuff and honestly, with MMO business models shifting I think seasonal events should be a nice, free thank you to the various MMO gaming community that they appreciate those players. Sure it’s a net loss, in general, but the gain of respect from your players will be more so.

However, I don’t think just throwing out random kill quests and stuff like that and calling it your seasonal content, especially when it matches very little to the actual season, is considered a seasonal event. Furthermore, a lot of MMOs, especially WoW and company, have a habit of just creating a seasonal event once, and then leaving it on a switch to flip every year changing nothing or very little about it from last year. This is not good design, this is piss poor performance. I know, again, these things take time to develop and test, but you should be showing your player base you appreciate them. Creating an event once and flipping a switch once a year is not showing appreciation, it is thumbing your nose at your player base. And worrying about people who might have missed it last year, so what? If they were around they should have known, if they weren’t, oh well, they can hear the stories from other players. That’s what makes a living, breathing MMO world, change that is change and permanent.

Anyways, that’s enough from me, I hope everyone has a safe and happy holiday season here, and maybe I will start writing blogs more readily.
Posted by Silverspar